Who We Are: Designing and Engineering Aircraft Superiority 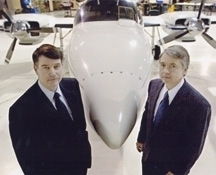 When you have your Aerostar maintained at Aerostar Aircraft or buy a restored Factory Certified 700, you get more than just a great Aerostar; you’re getting the benefit of a factory with more combined Aerostar expertise and knowledge than anywhere in the world.

The founder and key employees of Aerostar have years of Aerostar involvement. From the early days of Ted Smith Aerostar to the formation of Aerostar Aircraft Corporation in 1991 Combining these top Aerostar experts under one roof has resulted in numerous refinements and upgrades now enjoyed by hundreds of Aersotar owners worldwide. Mr. Speer has a B.S. in Mechanical Engineering from Washington State University and over 27 years of aircraft development and FAA certification program experience.

Besides management responsibilities, his expertise includes research and development, structural design and analysis, and powerplant design and installation. Prior to assuming his position as President, Mr. Speer held FAA DER (Designated Engineering Representative) status for both aircraft structures and powerplant installations. Mr. Jim Christy is responsible for market research, sales, and overall marketing strategies for all products. Mr. Christy’s aviation experience includes a solid background in the operational aspects of the Aerostar.

In addition, he has directed the flight test certification program associated with Aerostar’s current development programs. 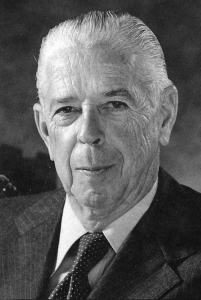 Arguably, no one has had as great an impact on general/business aviation as Ted Smith. Each aircraft design credited to his name helped set new standards for future designs. It is not widely known, but Mr. Smith designed, certified, and built the first all new small twin engine business aircraft, the Aero Commander. He then brought the first small business jet aircraft to market which was the Jet Commander now evolved into the Astra Jet. Mr. Smith, more designer than promoter, was know as the “quiet man”, letting his revolutionary aircraft designs, with their spectacular performance, speak for themselves.

After leaving the Rockwell Standard Corporation (manufacturer of the Jet Commander), Ted Smith, with 40 years of design, certification, and manufacturing experience to draw upon, went quietly about developing an entire family of aircraft that ranged from a single engine piston to a twin engine turbofan. With no turbofan powerplant available in the size range he required, Mr. Smith focused on the reciprocating powered aircraft and developed what many consider to be the world’s best handling, most responsive, business/personal aircraft of all time, the incomparable Aerostar. The Aerostar family of aircraft was the culmination of 40 years of T. R. Smith’s aviation experience and expertise. Before passing the baton to his existing Aerostar team he established the design concepts and supervised considerable engineering work on a light twin fanjet model should a suitable powerplant be developed.